Attribute our work under a Creative Commons Attribution-NonCommercial 4.0 International License. 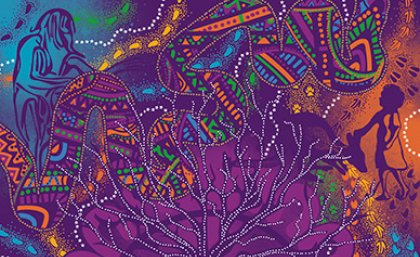 Guidance Through Time by Casey Coolwell and Kyra Mancktelow
© The University of Queensland.